So, here’s a few things Calbert learned along the way… END_OF_DOCUMENT_TOKEN_TO_BE_REPLACED 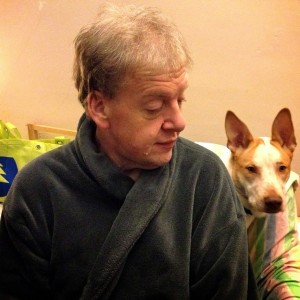 A truly competent blogger would have had something in place when a post he wrote got published on another blog.

A truly competent blogger would have had something ready, to say HI to folks who stop by to check out the weirdness and fluffy goodness from this dude over here, and to invite them, in the immortal words from the Beverly Hillbillies, to “Y’all come back now, hear?”

A truly competent blogger and writer would have had a post more current than the Third Age to greet those folks when they arrived.

*sigh* And a truly competent blogger I are not. Bad Calbert. Bad, bad Calbert. END_OF_DOCUMENT_TOKEN_TO_BE_REPLACED 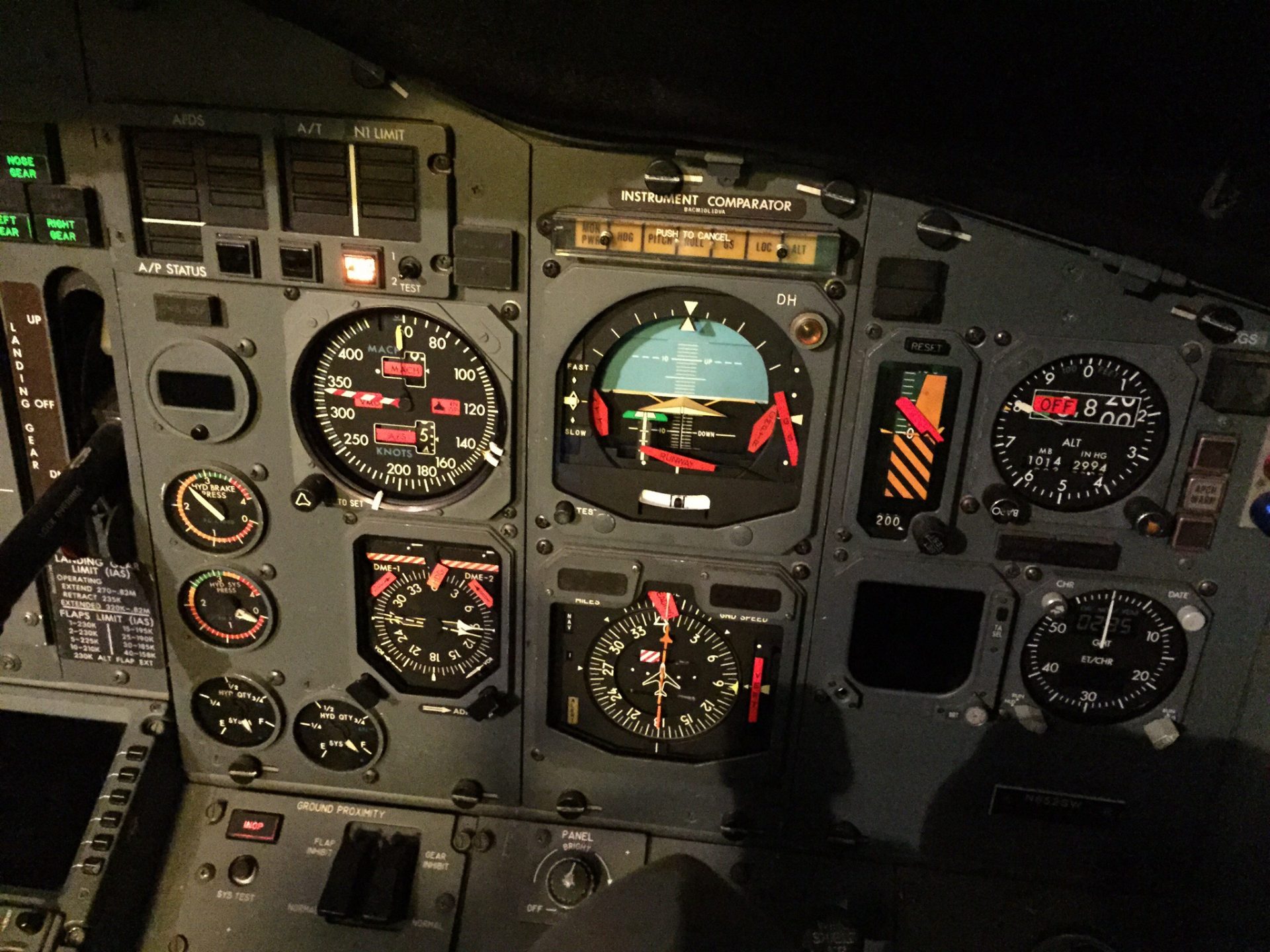 The other night, I was driving to the airport, to settle down for my semi-sort-of nightly gig. My jams are playing, it’s still semi-sort-of light out (Which is a cause to celebrate for any third shift dude or dudette!), and the speed limit on the last road I take to reach the airport is 55.

Old I am getting. Say this not did you need to. END_OF_DOCUMENT_TOKEN_TO_BE_REPLACED 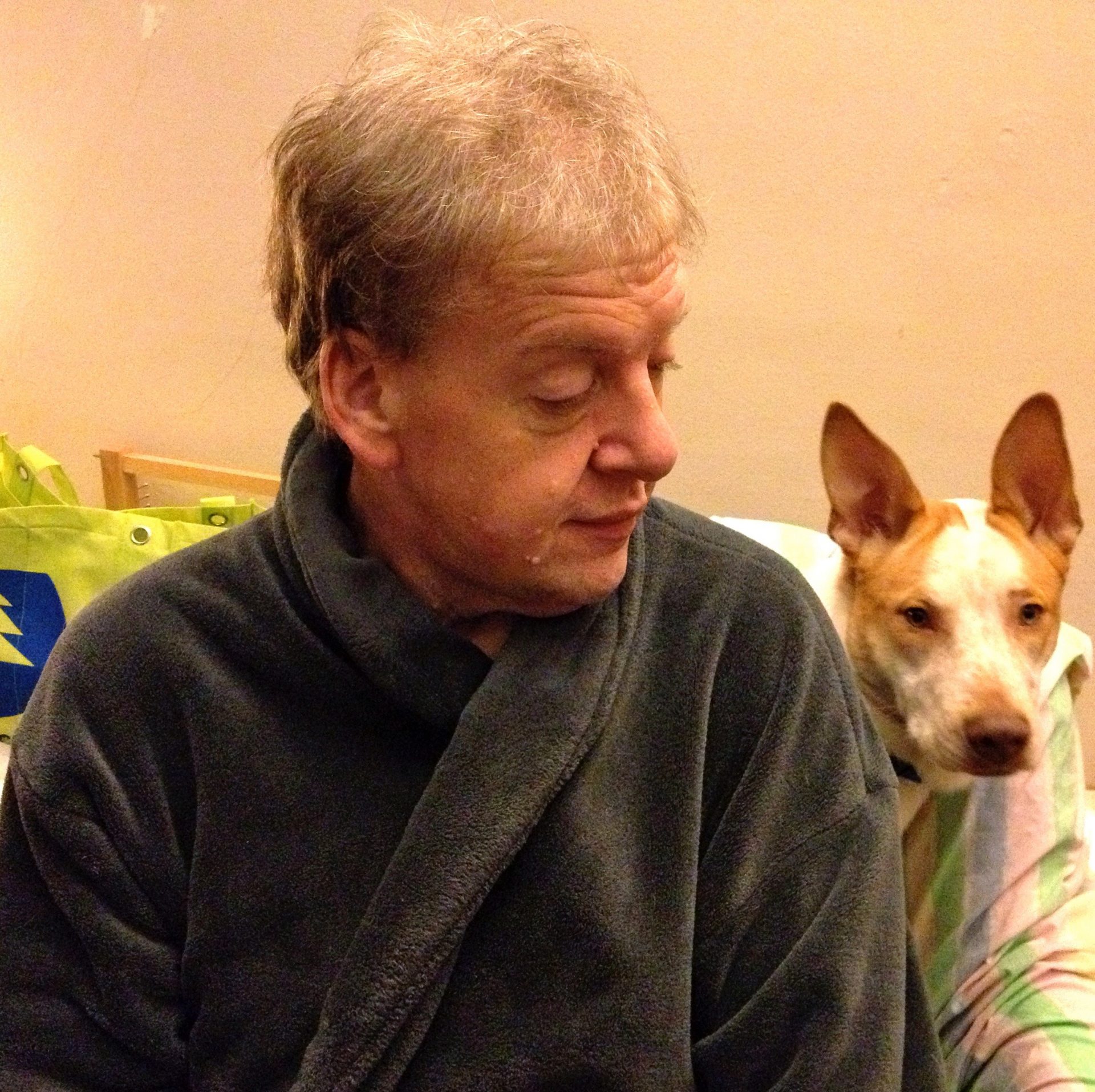 Come join me at the airport. END_OF_DOCUMENT_TOKEN_TO_BE_REPLACED

Reading Amanda’s post about the departure of one of their dogs made me want to give a shout out to canine companions – present and past.

Buddy I – the U.P. dog. Shepherd/Malamute mix. Nice guy – loved to ride in the car. Trashed the kitchen carpet when he was mad at us. Had to leave him behind when we moved to Grand Rapids. Don’t have many memories of him, since we didn’t have him all that long.

Buddy II a.k.a. “The Old Man” – Shepherd/Golden Retriever mix. Our cross-eyed boy. Meek and mild, confused most of the time, with the sweetest temperament. He became ours when he was 1 year old, and passed away at 10. He was my dog, no doubt about it, and I miss the Budster.

Kira – Vicki’s Baby Girl. First one we raised from puppyhood. Husky/Lab mix. One blue and one brown eye. Smart, willful, energetic, loving, and was Buddy’s “seeing eye dog.” She taught him that people are alright, and even nice to be around. We said goodbye to her July, 2006 at the ripe old age of 16. She was a special one…

Ezri a.k.a. “Ezzie The Wonder Dog” or “BusyDog” – The current canine occupant of our home. She’s a true “What Is It?”, a mutt down to her toenails. She’s probably the most intelligent dog we’ve had, and plays constantly. Affection doesn’t motivate her – toys do. She’s a bit anti-social, which is a shame, ’cause she’s fun to play with and fun to watch. She’s my girl, and keeps me company working here at home. Oh – and she LOVES Hannah and Denise! But not Ryan… 😀

Here’s to the others, belonging to friends & family… Binky (the Pygmy Water Buffalo), Lady, Teddy, Nemesis, Roscoe, and so many others. Thanks for the joy and companionship you gave to us. And thank you, Lord, for the gift of our animal friends – be they dog, cat, feathered, finned, sleek, scaly, or other.

Time to go outside and play with Ezzie. 😀

If you can make it through that, first thing in the morning, the rest of the day should be a piece of cake. 😀

“Life is like a bowl of cereal… with a burned flake in the bottom…” I’m glad Forrest Gump did chocolates rather than cereal.

Had two gigs on Friday – Pilgrim Manor in the afternoon, and then Frenz in Grand Rapids that night. A wonderful time was had by all at Frenz – including the group that stopped in as we were wrapping up for a mini-concert. Some of the most amazing things happen when you’re not expecting them. 😀 I’m very much looking forward to going to the Rockford location in June, as well as returning to the GR Frenz sometime soon.

Saturday was rest, and then babysitting that night.

Sunday was the usual in the morning, and that night I led the singing at a hymnsing at church. It was a blast, but boy was I tired when we got home. You wouldn’t think waving your arms around for an hour would take that much out of you, but it did. 😀

Then today. We went over to Saginaw to meet my aunt and celebrate…

my birthday. Yup – the Captain is now Thirty-Eighteen. (48) Two to go to the big five-oh.

So, what am I looking forward to this year?

Bariatric surgery I’m in the “hoping the insurance will give permission so we can get on the waiting list to get it scheduled” phase of the process. As with all medical things, it’s a hurry-up-and-wait thing.

Knee Replacement We’ve had a visit to the orthopedic doc, who (of course) told me that in order to have knee replacement (which is not an if, but a when), I need to lose the weight first. But, to lose the weight, I need to be able to move and exercise, and with my knees as bad as they are, I can’t do that, so I need the knees replaced, but they won’t do that until… Get the picture? Grrr…. So, we’re trying to find a surgeon that will go ahead and do the knees, knowing that once the gastric bypass happens, the issue of weight will change. And, frankly, after the bariatric surgery, all other surgeries get a LOT more difficult (because of nutritional balances, etc), so I’d rather get the knees over with, and then do the tougher stuff of the gastric bypass. So, we wait until the next appointment, with the surgeon in July. And we pray.

Bike Riding? Not right now, unfortunately… The knees are bad to the point where the bike is going to be almost out of the question. However, I am praying about a replacement for my ReBike, since I’ve pretty well gotten to the point where it won’t work for me anymore. There is a place that will build a new bike for me, to my frame, allowing for my long torso and short legs, but that’ll take a LOT of cash. We’re praying that the Lord sells either mom’s house or the farm, and we could go ahead with the new bike, which SHOULD help even with my bad knees.

Does that sound like a bad year? I really don’t see it that way. It’s simply time for a change. I’ve taken a year to get over this major life change, to try and accept my new path, and now it’s time to move along. There’s some hope on the horizon, but it’s a little far away yet. But it’s there… and getting closer. 😀

Happy birthday to me. 🙂

I realized something today. I’ve decided not to be the grumpy old man who yells at the neighborhood kids, “get off my lawn!!!”

Ezri went off this afternoon, big time. So I figure the disturbance must be local, rather than across the street. I go out on the porch, look down the driveway, and see a little yellow Corvette parked up near the van. As in VERY little – and electronic. I hear a girl in distress down the street, then realize they’re coming toward me. I ask, “are YOU the one who got a car stuck in my driveway?” Her dad says, “it don’t got reverse…” and picks up the car to turn it around. Then they both get in (on) the car, and drive off, while I smile and wave.

So, no – I’m not going to be the grumpy old man. Besides, if the kids crawl all over the lawn, maybe they’ll stomp it down enough so I can put off mowing for a while. (since I have to mow with a weedwhacker, I tend to put it off as long as I can…) Kids playing in the neighborhood mean families in the neighborhood, and that’s a good thing.

Besides, how often have YOU had a yellow Corvette stuck in your driveway? 😀

Regular readers of The W’s W’s (the Very Few, the Semi-Proud) know that we are Cirque Du Soleil fans. We’ve seen three of the shows live (Varekai, Drallion and Quidam), and it’s my semi-goal to see all of the shows sometime. (Except for one – which shall not be named. It’s a Las Vegas resident show, and I was sad when Cirque decided to do it…) After my life changed in 2006, I was expecting that my Cirque days were over – not much money left for extravagnaces like shows.

Two new shows have come out since we last went – Corteo and Kooza (the newest one), as well as a couple of resident shows and two arena shows. (Delirium and Saltimbanco, which used to be a touring show before being converted to an arena show) Well, I was looking over the tickets, found a couple of perfect seats in the cheap section, and before you could say “Happy Birthday To Me!”, we are going to Columbus OH to see Cirque!!!! 😀

(Yes, that birthday remark was made for me, btw. May 21st, to be precise.)

It’ll be good to see Cirque again. And good to go on a road trip like that again. My spirit needs a bit of that, as do we all. Doesn’t have to be a big honkin’ thing – just a small break to refresh us. 😀

And a small break at White Castle. A few of them, actually. But no Waffle House – you gotta draw the line someplace.