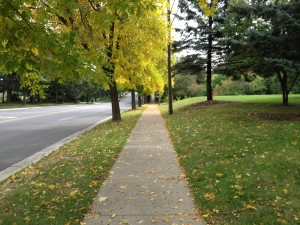 All of this has nothing to do with anything I’m thinking about in this present post-thingie, but it’s still true… Just not related to this.

Turning his head, Peter noticed the disciple Jesus loved following right behind. When Peter noticed him, he asked Jesus, “Master, what’s going to happen to him?”

Jesus said, “If I want him to live until I come again, what’s that to you? You—follow Me.”

The last words of Jesus to Peter… “You – follow Me.”

Calbert says, “Master, if I write all this stuff including fluffy silliness, weird humor, and occasional insights that You interject (’cause I sure can’t take credit for the good stuff…), what good is it if nobody reads it? If nobody comments or Likes it or Shares it, or nuttin’?“

Calbert says, “Master, why would you ask me to write? It brings no income to our household, it doesn’t give me a good answer to the question, ‘So, what do you do?’, and it causes a bit of eye-rolling (granted, mostly internal eye-rolling) when I respond, ‘I’m a writer.’ Then comes the whole,’So, what do you write?’, and I say, ‘Um, fluffy goodness? But… I’m working on a book.” (insert more eye-rolling) And then, ‘Oh – what kind of book?’, and I say, ‘Well… it’s kind of my story, about how I’ve been ReBorn.’ (insert sound of crickets and silence), so… what about all that, huh? What about that, Master?”

And the Master says, “Dude – that was a run-on sentence the likes of which would have made Paul scratch his head and weep with confusion. Let’s simplify…

And Calbert says, “Well, what about…?”

And the Master says, “Which part of ‘You – follow Me’ was unclear?…”

(insert sound of Calbert slapping his hand over his mouth)

“Better. By the way, just to tie something up from what you were thinking about back at the start of this thingie, spewing all those negative thoughts and comments not only messes with your beloved’s head (who, by the way, is My dearly loved daughter, and I’m not really delighted when you do that to her…), but it’s really bad for your head, and it takes your eyes off the one and only thing that matters… Which is?…”

And Calbert, removing his hand from over his mouth, mutters quietly, “Me – follow You.”

(For the record, I’m not one of those who imagine the Master with blonde hair and blue eyes, but I do imagine dialogue with Him sounds a lot like dialogue in my own voice and manner of speech. I’m fancy like that.)

So, my dears, can I ask you something?

How do you feel when nobody seems to see your hard work, but everybody fawns all over someone else’s little effort?

What commentary comes to your lips when some personage makes the “Bonehead of the Month” move right in front of you on the highway, causing you to slam on brakes, almost get crunched, and put every nerve in your body on edge? Especially when they continue on, oblivious to the chaos they just heaped on your plate?

What about the loneliness that comes from feeling like everybody else is “in,” and you’re “out.” You’re not only a square peg, but the round hole has been filled in with concrete and is now used as a skate park. You’re on the outside, and you can’t look in – you can only imagine what wonderful things are going on in there, and you’re not invited.

You struggle – physical struggles, mental struggles, financial struggles, or just struggling to hold on to a little hope, a little light in a very dark world. And you seem to be surrounded by people who live totally perfect lives – no issues, no struggles, no darkness. Just light and hope and life.

Is that easy? Is it too simplistic of an answer to our complicated brokenness? Are we trying to apply a gauze pad to a missing limb?

It can certainly seem that way.

It takes off the chains, removes envy from the equation, reminds us all that we are all equally blessed and all equally broken. It becomes hope in the dark, love in our loneliness, and a lifeline when there doesn’t seem to be one.