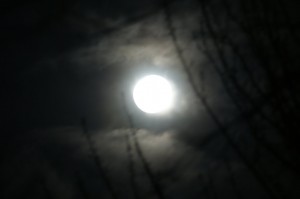 Well, we’ve wrapped up Advent for another year. And I managed to add two, count them, two new posts to the Advent Writings. *sigh* Well, there’s always 2013, since the world didn’t end… yet.

And though these words were written in 2011, as I tried to make sense of another Christmas season, they still ring true for the season of life I find myself in. I still struggle to find meaning in Advent, I still wander and flail and misstep on this journey from who I was to ReBorn. But if we take anything away from another Advent, I hope and pray it’s thoughts like these…

It’s never too late for hope. God’s patience is infinite, and so is His love. And if we keep seeking, keep moving, keep trying, there’s no such thing as “over” in this journey of faith. Blessings all the year long, dearhearts.

(Last year, it was clearing out the storage area that took my time and attention. This year, it was my 20 hour a week retail gig. And though it ended on Dec 21st, it’s going to take some time to get things back in order…)

So what are the stones, and why do I need them? They become handholds and footholds to stop the slide. Traction to fight the downward fall. Rubber grippers for snakeback.
“BWAAH HAAH HAAH! Take that, stinkin’ snake!”
“Hold on, little superstar – remember that whole pride-fall thing…“
“Right. Sorry.”
Now, I’m not back where I was. I have some climbing to do. But I’m not at the bottom either, up to my nose in… um… Nope, not gonna say it. I didn’t hit the bottom, and I’m on my feet, climbing. And maybe, just maybe I’ll make it a little farther before the next slide. Maybe, just maybe I’ll catch myself faster on the way down, and not slide as far. Perhaps, just perhaps I’ll stay on my feet, get back to climbing, and make it farther yet. And hopefully, definitely hopefully, I’ll remember sooner to use my handholds and footholds. Or clip a safety line to my Partner so He can help break my fall.
Maybe I’ll get up the rope after all, and show my gym teacher my turbo-moon happy dance from the gym ceiling.
“Ahem… pride? Fall?“
“Right. Sorry. No turbo-mooning, right?”
“Definitely not.“
“Gotcha.”