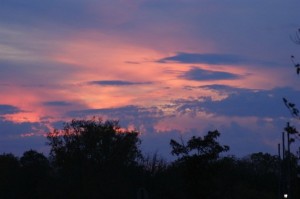 Quantus: how great; how much/many; of what size/amount/degree/number/worth/price

Evidently the cost of the quintessential Christmas gift just keeps going up and up. We’re told, by those who either are very smart or who simply have too much spare time that the cost of all the gifts found in “The 12 Days Of Christmas” is now, well, a lot more than it was. (Numbers and I don’t get along, as I’ve made clear on any “number” of occasions.) So if you were to pony up for all of it, you’d have not only started every kiss with Kay, but taken her breath away with change to spare.

That’s a lot of big red bows on four wheeled presents in the driveway. Mine says Tonka.

Every year, we go a little crazy at Christmas, don’t we? Ok, some of you don’t. You are people of control, planning and great dignity, and you have a controlled Yule. Bless ye, lads and lassies – I am not of thy tribe.

Granted, the “crazy” is not all self-generated. The folks of retail have taken bringing the crazy to an art form the likes of which makes great masters mutter, “why the heck didn’t I think of that??” In my little world, sans television, I still don’t escape the crazy. The volume of emails bombing my box as we get closer multiplies faster than tribbles in a wheat bin.

(Thank you, Trekkies – glad you liked that.)

And hey – since I’ve been working part-time in retail, I see even more clearly the whole bundle of crazy in full color, 3-D, with surround sound.

If one isn’t keeping one foot on the good earth and one foot planted firmly in one’s empty bank account, you can get swept down the crazy river with extreme prejudice. No personal flotation device is going to keep your nose above water in that flood. As the salvos continue their bombardment, promising ever-greater deals and gifts the likes of which Christmas stories will be told for generations to come, it can weaken the resolve of the most destitute, giving us more clues why this season is both the most joyful and the most depressing of all.

This year, as last, I’m making presents. Loom knitted items, crocheted items, some jewelry, all of which bring tears to the eyes of my nieces. I won’t attempt to identify the source of the tears – ignorance is bliss, after all. We are told over and over that something handmade is the best kind of Christmas present – one that truly shows you care. It can also truly show that you really should never touch yarn or anything crafty ever in your mortal existence, unless your purpose was to make an abstract sculpture called “yarn hairball horked up by enormous yarn beast.” Again, ignorance is bliss. Big bliss. Big honkin’ bliss.

Where was I? Oh yeah…

The cost of a happy Christmas. Sometimes we plan for it, sometimes we exceed a bit, and sometimes we launch all reason and embrace the crazy, allowing the shrapnel to fall into the January billing cycle. Or often we simply feel lost, another Christmas of disappointing loved ones because there’s barely enough to keep food on the table, let alone the extravagance of gifts. We look at the cost, and (consciously or unconsciously) compare our meager offerings to what “everybody else” has under their tree.

No surprise then, that Christmas is both the most wonderful and the most depressing time of the year, leaving us with a mixed bag of emotions that we get to sort out all year. Just about the time they’re all filed away, guess what? The decorations come out, and we start all over! Woo hoo!

And, again thanks to my extensive…ly short career in retail, I can say with some authority that if your holiday season isn’t quite hitting the crazy / depressing / bah, humbug mark, listening to a few hours of the holiday music in a store will push that puppy over the edge. Really.

Alright, now take a deep breath… Let the accumulated residue wash away from such lovelies as “Blue Christmas,” “Baby, It’s Cold Outside,” and my new favorite song to despise…

“Last Christmas I gave you my heart.
The very next day, you gave it away…”

So I went postal, killed your sock monkey, and buried it with a stake of holly through its heart.

(Yes, I’m more than a little sick of the various versions of that song I hear many, many times during a six hour shift. *shudder*)

Guess how many family members are getting the latter, as opposed to the former? Contestant #1? “What is, ‘all of the above?'” Oooh – sorry. Your answer must be in the form of a Haiku.

All of this to say, aren’t you glad God doesn’t have to run His numbers by the folks in the back office? He doesn’t have to get His manager’s approval, and there is no position in Heaven with the title of ‘Celestial CFO’ or ‘Head Angelic Beancounter.’

And aren’t you glad that God’s gift is just exactly what we needed, that He knew that when He gave Himself, and that He too gives to each one not based on the certain amount He’s decided each one gets, but rather on where each of us are at?

The perfect gift, given in the perfect time, for everyone.

What’s the cost of Christmas? Well, think what it cost one Father when the bill came due about 33 years later on a dark day on an ugly hill on a horrible cross.

So give with your heart this season, dear ones. Don’t keep a tally of merits, of what do they deserve, or (definitely not this!) “well, they gave me this last year, so they’re only getting this.”

Love deeply, appreciate God’s gift with your whole heart, mind, soul and strength, then share that love with others in the way He guides you to.

Even with a yarn beast hairball. Sorry, beloved niecelets. I really do love you – really…

Quantus: how great; how much/many; of what size/amount/degree/number/worth/price

“What gift can we bring to the richest of Kings, who walks on the gold streets of glory?
Our lives we will give, every day that we live. And we’ll be like Wise Men, adoring.”

– Hymn To The Heavenly Gift, from “Heaven Rejoices,” by Ken Parker