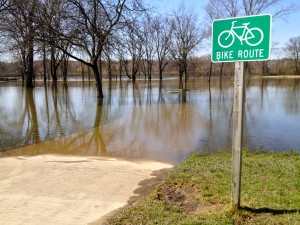 I think I might start a series called “My Weekly Butt Kicking from Pastor Craig.”

(If I was cool and hip and in the know, I’d put something like #kickinwithcraig, but I’m not, so I won’t.

Although I might see if I can get my peeps from First Cov to use it. Hee hee hee…)

Let us proceed with the kickin’…

Craig has been working through a series in Exodus called “The Great Escape.” (And you should really check it out… the link is right here, and you can find the whole series and more CraigAwesomeness at the First Cov website.) So on a Sunday past, we found ourselves headed out from Egypt, and smack dab at the Red Sea in a sermon titled “Freed To Follow.”

We also found out that Craig has never seen “The Ten Commandments.” Imagine – never seeing Charlton Heston saying “Let My People GO!” or Yul Brenner saying “Heck NO, NRA Boy!” or Edward G. Robinson being his usual gangster self, only in a tunic, sandals, and a head thingie.

Perish the thought. Craig got some watchin’ to do.

Anyway, part one of the kickin’ came in this little factoid:

If the Hebrews had went a direct route, they could have hit the Promised Land in just a few weeks.

God the Master knew that they weren’t ready to deal with what that road would bring them, so He took them the long way ’round…

Yeah. 40 years of mercy wrapped up in wandering, complaining, learning, and manna.

40 years teaching former slaves to be a free nation following God the Master.

Cal’s takeaway kickin’ from this: When God is refining us, training us, and shaping us, it’ll take as long as it needs to take. Not a second more than necessary, but not a second before we’re ready either.

Part two of the kickin’ is…

God is NOT a travel agent. (I love this picture, Craig!) We don’t come to Him, with our destination all picked out, all the things we’d like to see, and all the amenities we want included, so that He can make it all nice and smooth and hopefully cheap.

He takes us along the route He decides, to the places He wants us to be. He makes the plan, not us.

I think of it this way: We are deployed. We’re sent to where we’re needed – either to be the agents of change for the Kingdom He needs us to be, or to places where our training continues.

We’re sent – sometimes for short assignments, sometimes long. Sometimes relatively calm places, where we can rest and learn, and sometimes into the middle of conflict, where we face challenge and struggle on all sides.

For the record, this is the only reality that helps me make sense of my nomadic life path – never staying where I’d like to stay, never allowed to put down roots or feel like I’m in my “place.” He keeps me moving, keeps me unsettled, and continues to deploy me where He wants me to go.

And, slowly, I’m finally accepting it.

Which brings us to the third kickin’…

The cloud and the fire.

Every step of the 40 year long way ’round, God went before them.

Not behind, watching them hit struggle after struggle. Not above, sitting on a cloud in a long white robe watching the little ants go marching one by one…

Every parent who read that just had a major shudder. I know you did.

Oh, and don’t even get me started about the gold cow. Edward G., you’re goin’ DOWN…

(That won’t make any sense to folks like Craig, who’ve committed the egregious sin of never having seen the movie. And yet, I still love you.)

God the Master plans the path we need. God the Master know just how long it will take to bring us through the lessons and assignments needed to have us end up just where He wants us.

And God the Master goes before us. Always.

Thanks, Lord. Message delivered by your servant Craig, and received by your kiddo Calbert.

#kickinwithcraig – a hashtag whose time has come.