Skip to content
Yup – this is a Throwback Thursday that also includes an update (A brief update – I promise!) and…
FORESHADOWING!
(Just getting to write all that gave me goosebumps… because I’m easily amused.)
UPDATE: As I move into a new reality, without 16-19 hours of my week occupied by my used-to-be-part-time-but-now-phased-out gig, it’s taking a little effort to try and swing into a new routine. Thus, the blog (and my writing in general) takes a hit, things grow quiet, and even my 4.78 devoted readers look at their watches and consider where their mouse might take them next…
I’m trying to get back to all the fragments of thoughts, ideas, and pieces of Scripture that have been rolling around in my noggin lately, being used as tiny soccer balls by Steve the Mental Hamster, and turning the interior of my skull into one big soccer net. (And that little booger can kick HARD...)
THUS, THIS POST – TBT, with an update, that is FORESHADOWING a new post on Tuesday, (ooh, goosebumps!!) where we’ll be taking this thought of legacy and turning it on it’s head thanks to Solomon, the original Wise Guy. (Nyuk, nyuk, nyuk…)
So, my peeps, tune in Tuesday to put the Cart before the Horse, and the Ending before the Beginning. See ya then! 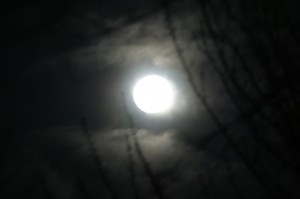 “He followed the example of Jeroboam, continuing the sins of idolatry that Jeroboam had led Israel to commit. Thus, he aroused the anger of the LORD, the God of Israel.” – 1 Kings 16:26

Jeroboam was NOT da man. Really.

I’m on my 2nd complete trip through the Bible, thanks to the Daily Audio Bible podcast. (Actually, it’s time 2.5, since I started halfway in for my first trip, but time 2 for a complete run. This attempt at data integrity brought to you by the Proofreader, who, even though she didn’t add these words, approves of them nontheless.) And in the middle of time 2…

In the middle of what shall hereafter be called time 2, things continue to jump out at me, new stuff that didn’t do so the first time around.

If you search his name in I and II Kings, you find a whole bunch of references that say things like, “He followed in the way of Jeroboam, doing the sleazy stuff that makes Jeroboam a monument to how to make God really, really angry to this day…”

Ok – you’ll not find a single reference that puts it quite that way. Thankfully.

But attached to many other kings listed in those books is the reference that they followed in the ways of Jeroboam, leading the people to sin, worshiping idols, and doing evil in the sight of the Lord.

Think about it – how proud would it make you that your name can be used to immediately demonstrate just how far someone can sink in their sin? Like in a conversation…

How bad do you have to be for your name to become a synonym for evil of cartoonesque proportions? Not just for 15 minutes of fame in social media, but for generations?

In our insty-fame world, I think we’ve lost some of the weight of legacy. Of how our lives, our actions, our examples leave impressions or ripples long after we’ve passed by. We’re too used to “100 likes, drops down in the news feed, gone tomorrow, let’s see what interesting nugget pops up today.” In this media-driven culture, it’s the next thing that catches our attention – what new video, new picture, new article, new blog post (Oi to the vey, he typed into his very own blog post…) will grab us and cause us to re-tweet, share, like, post, or otherwise keep the wave going…

Until tomorrow, that is, when the next little nugget drops in and it starts all over again.

Oh, the ripples and waves of yesterday’s goodie are still spreading outward, still leaving an impression, and their echoes will still bounce back from time to time. But that initial surge will be past, the attention is gone, and like devouring insects, we’re all looking for the next field to mow down.

Not buying it? Take a good look at your Facebook activity (or whatever other social media you dip your toe into and end up soaked) and notice how many things are funny pictures, heartwarming videos, outrageous stories, or LOL moments.

Now, how many of those “I’ve just GOT to share this!” tidbits are still a part of your world? How many of them remain with you, to shape your life and be a bright spot in a dreary world?

I didn’t think so.

Exactly. We live in a disposable media culture – see it, let it tickle your fancy, drop it and move on. Nothing lasts, nothing endures, there are no waves, no ripples, no lasting consequences, no reason to think beyond today – just this moment, right now, and tomorrow will be totally different with some other tasty little tidbit to fill the void.

And that’s what prompts me to toss this around the ol’ noodle and see if I get soup: I think we’ve lost the weight of what “legacy” means – that our actions, our responses, our lives, our statements, they can leave ripples and lasting impressions that remain long after we’ve passed by. Instead, our present culture ends up saying, “It doesn’t really matter what I do today, because something different will come around tomorrow.” We go on from day to day, knowing that tomorrow the channel will change, new stories will go viral, and some celebrity someplace will do something so dumb that all attention will be snapped onto it like bugs on a porch light.

Until the next tomorrow, that is.

No legacy – no lasting ripples or impressions. No long-term responsibility for the here and now. I don’t have to be all that worried about what I do today, ’cause the swirling cesspool of culture will sweep the evidence away in nothing flat.

The stuff of which celebrity and political careers are made.

Politicians may talk about leaving a legacy, but they’re talking to the masses who view most things from a “Use it and flush it” mentality. How can you create lasting change, a lasting legacy when many people don’t understand the concept of something enduring beyond tomorrow?

Celebrities may talk about their responsibility to influence others as a role model, their position allowing them to pontificate on whatever is hot on their own agenda, (or on their radar to jack up a sagging career…) but all the while the people who hang on their every word in this moment have their hands on the pull chain, ready to send Spot the pet goldfish down the swirly funeral chute into the not-so-great beyond.

Besides, today’s shining role model becomes tomorrow’s YouTube fodder when they’re caught doing something incredibly stupid. And yet, they’ll probably be back to role model status the day after…

Because our actions, our statements, our thoughts have no lasting consequences, leave no impressions, do not endure.

Think about some recent examples of “scandals” – have you noticed the closer we get to ‘today,’ the less time it seems to take to go from “Public scandal” to “Just made a little mistake” to “Whatever happened to…” to “Wow, it’s nice to see them getting work again”?

No legacy. No lasting impressions. No enduring consequences.

“He followed the example of Jeroboam, continuing the sins of idolatry that Jeroboam had led Israel to commit. Thus, he aroused the anger of the LORD, the God of Israel.”

Hmmm… Apparently, God has a different view of legacy.

To spend any time in the overarching story of God’s word is to realize the weight of legacy. The lasting impressions, the consequences of actions, the ripples spreading outward, on and on.

My generation, and those who precede me, understand the weight of legacy and the truth that some things endure. But I fear the closer we get to today, the more that significance vanishes.

So what I do isn’t that big of a deal, ’cause nobody will remember it tomorrow.

Except for Grumpy Cat, of course. Grumpy is forever.

Yes, I’m a fan. I never claimed to be strong – just sincere.

So, yes, I guess I’m not a huge fan of disposable culture. I’m old-fashioned enough to believe that legacy exists, that our actions have consequences, that what I do can leave impressions long after I’ve passed by.

I believe that if I’m not mindful about my thoughts and actions, if I’m not striving to follow God with all my heart, if I’m not out to seek justice, love mercy, and walk humbly with Him, then I will leave a tainted legacy. Perhaps not like a  Jeroboam, reaching to multiple generations, (at least I hope and pray not!) but a tainted legacy all the same.

What I do today, with my eyes on what that will mean for tomorrow, can lay the foundation for a bright legacy, even if that legacy reaches no farther than my front door. It still matters. It all matters.

I’m comforted as I look at things from here in my mid-fifties, seeing my failures and shortcomings and tempted to believe that my time is already up, that it’s not too late to build a legacy, or to shine one up that’s been tainted and tarnished. God has been in the business of restoration a lot longer than Extreme Makeover, after all. He’s a real pro.

So think about this with me, bat-friends:

If your name, if my name were passed along to a future generation, would it be a synonym for a bright legacy, or a tainted one?