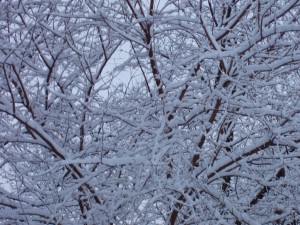 On December 14, 2012, a truly horrific thing occurred in the United States. And though many people saw it as an opportunity to make their own political point, to sway folks to their particular inclination of activism, or (what I felt was most truly despicable) found plenty of fodder to feed the insatiable cannon of media, these were all (in my very humble and very narrow and very limited opinion) the wrong response.

Sometimes, there is no response but silence. To mourn with those that mourn. To weep with those that weep. And to keep our own profound wisdom and insight to ourselves. (“Better to keep silent and be thought a fool than to speak and remove all doubt…”)

Or, as I said yesterday on my own little window into the social media ocean, “I’m adopting the Job posture – putting my hand over my mouth.”

I’ll leave it for you to make the connections to Advent in this word, silence. The silence of hundreds of years waiting for the foretold promise to become real; the silence of mothers after their children were ripped away by a madman ruler; the silence between visiting kings and the Son of David teaching His own; the silence of three days between the Skull and the Tomb.

The long, long waiting silence watching for His return.

Advent is about hope – always has been, always will be. And if there’s one thing we could all use after the past 24 hours, it’s hope.

“How silently, how silently the wondrous gift is given…”