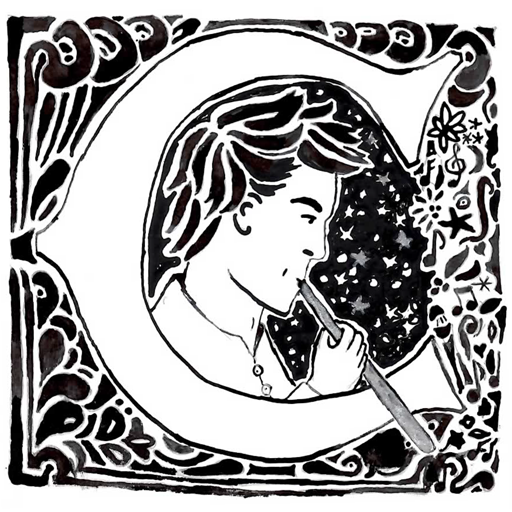 And here’s the second entry from GLAD – a Bob Kauflin song, from An Acappella Christmas. Haven’t checked out that project?? Well, you really need to get with it. (#okboomer) The ending will make your socks roll up and down, cause damage to your speakers because you cranked it to 11 and ripped the knob off, and will astonish you that a group of fellas could pump out that kind of sound.

“But how much greater, will our song be, when He comes again to earth?” END_OF_DOCUMENT_TOKEN_TO_BE_REPLACED

It’s a Point of Grace song that was hidden on a Jim Brickman album called “The Gift.” And it’s one of those that around our house, it’s not really Advent season until we’ve heard this song. Praises to the Infant King – Hope is born again. END_OF_DOCUMENT_TOKEN_TO_BE_REPLACED

When this song first came out, a few hundred years ago in life 1.0, I was WCSG’s Music Director. Thus, I was the first one at the station to hear this new release – Amy Grant singing “Breath of Heaven (Mary’s Song).” And to this day, the opening low drone note takes me back to that moment, and the words the promotional folks used on the cover of the single. (Delivered on CD, not just a download like these modern times we live in today. Kids – amiright? #okboomer) END_OF_DOCUMENT_TOKEN_TO_BE_REPLACED

Bob Kauflin is THE man. There is no disputing this, and ye shall not change my mind. From his amazing work with GLAD, to his heart for expressing so eloquently what worship actually is, well, he is THE man. Want the first of a couple examples? (The second is coming, no worries. He is, after all, THE man.) I give you, “One Quiet Moment.”

One quiet moment, on a star-clustered night,
Two weary travelers knew an end was in sight;
So the soon-to-be mother, grasped her husband’s strong hand,
And paused to remember where the journey began.

Nine months of yearning filled with joy and with pain;
He almost had left her, but then chose to remain
Close by the woman he had not even kissed,
Who would bear him a son that would never be his.

They dreamed of the times they would spend with their son,
Taking trips through the hillsides and watching Him run.
And some days the fingers that had fashioned the stars,
Would reach out to hold them when the walk was too far.

They wrestled with knowing that His life would bring change;
Their friends would grow distant, and shun them as strange.
Though they tried not to think it, in their hearts they were sure,
That their baby was destined to die for the world.

Yup. That Carol. The one that turns little high school band and choir nerds into music snobs, to impart their vast musicological knowledge on an ignorant world…

“You’re pronouncing it WRONG – it’s Gloria in Ex-SHELL-CEASE-DAY-O.” (Say that like Hermione saying Wing-GARDIUM Levi-OH-sah, and you get the drift.) Ah, band and choir nerds. Terrifying little creatures. I know – I was  one of them. (And still am, in some respects…) END_OF_DOCUMENT_TOKEN_TO_BE_REPLACED

This won’t be the last time Andrew Peterson appears in this series. There’s another one coming that guarantees to have The Proofreader grabbing tissues and flinging fluids before the intro is even over. Yeah, it’s a good one. In fact, if you’ve never heard the whole album “Behold The Lamb Of God,” well, you might possibly maybe sort of doing Advent wrong. The album is phenomenal – in fact, go git you some now. I’ll be here when you get back, though if you don’t make it back, I just want to say this before you go…

END_OF_DOCUMENT_TOKEN_TO_BE_REPLACED

The Proofreader’s favorite Christmas carol is God Rest Ye Merry, Gentlemen. At least, it was years ago when making your own music CDs was about the geekiest thing a geek could possibly do for another geek.

And we are, so I did… END_OF_DOCUMENT_TOKEN_TO_BE_REPLACED

You heard me – Nowell.

When looking up lyrics, I came upon a set for The First Noel, which are surprising enough because of course, we never sing all the stanzas, even though it’s a progressive story, and dropping a verse always kills the narrative…

But there were also lyrics for The First Nowell, which had even more stanzas, that we would of course drop because that’s how we roll.

So, let’s get our Nowell on, shall we? END_OF_DOCUMENT_TOKEN_TO_BE_REPLACED

Because even a blind squirrel can find a nut sometimes, I realized I should be putting the title of the song in the title of the post… Oi to da Vey. We’ll fix that. Someday. Maybe. Sort of.

When doing my thing as the commander of the Overnight Army on 91.3 WCSG, I have two Christmas traditions as we turn the corner from Christmas Eve to Christmas Day. First, sometime shortly after midnight, we always play “Toy Packaging” by Sara Groves, as a tribute to any parents who are still up, assembling toys when they should be snug in their beds. Hee hee hee… END_OF_DOCUMENT_TOKEN_TO_BE_REPLACED